About / a brief biography of Janet Fairlie 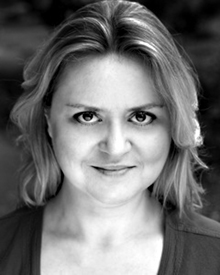 Janet Fairlie, born in Glasgow, was awarded a scholarship to study Opera at the Royal College of Music in London. She has won many singing awards including first prize in the National Mozart Competition and has given solo concert performances at the Royal Albert Hall, Barbican Hall, London and Beethoven’s 9th Symphony in the Beethoven Halle in Bonn, Germany.

Janet also spent two years in The Sound of Music at the London Palladium as understudy Sister Sophia  (performing the role 93 times).

Janet regularly performs with concert pianist Linda Ang, with whom she has recorded a C.D., and spent two years on the high seas with top Cruise Lines such as Cunard, Holland America, Radisson and Crystal, traveling to The Antarctic, The Mediterranean, Singapore, South America, Brazil, Australia, Russia, Africa, Japan and Hawaii.

Hear some snippets from Janet’s music…